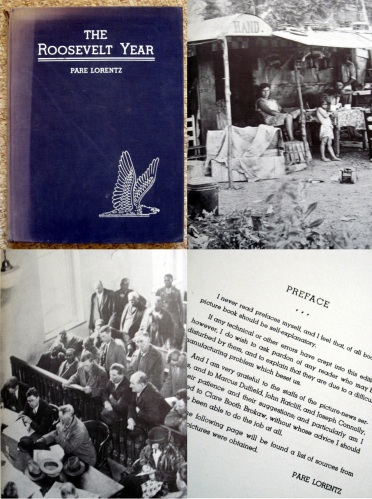 With the re-election of Obama now over, I thought it might be interesting to look at another American president who was presented as a beacon of hope during a period of economic and social crisis. Franklin Delano Roosevelt, a Democrat, occupied the presidency between 1933 and 1945 and oversaw the U.S. response to the Great Depression as well as World War 2. Although he is now widely regarded as the primary architect who helped the U.S. recover from the devastating 1930s, during the early years of his administration he was subject to a huge amount of criticism from his Republican rivals. In a parallel to today, the Republicans under Hoover had been in power during the Roaring Twenties and their policies had inflated the speculative bubble which then burst during the 1930s, sending the world into a decade of economic decline and social unrest.  Roosevelt was left with the unappetising task of picking up the pieces, bringing order to chaos as well as providing some sort of hope to the quickly growing numbers of unemployed and destitute.  Added to his problems were the environmental catastrophe of the Dustbowl conditions in the Mid-West and the festering sore of Jim Crow racism in the Southern States, which when combined with economic collapse, threatened to make a volatile situation much worse.  His response was the New Deal  which sought to provide assistance for the unemployed, kickstart a stagnating economy and restructure the financial system in order to prevent the problem from happening again.  Of course, Roosevelt was a politician like any other with his flaws and foibles – and he was certainly not a saint – but the Republican alternative would have been a lot worse. There’s more than a hint of déjà-vu when you start comparing the thirties with today.

Obviously to the right-leaning Republicans, whose incompetence during the twenties had laid the groundwork for the crash, all this talk of social solidarity and safety nets for the poor sounded a lot like communism, and they weren’t shy about saying so. American society, then as now, has a consistently right leaning and conservative slant, so charges that a president might be un-American (whatever that might mean) were damaging to Roosevelt’s credibility. A wide ranging, officially endorsed political propaganda campaign to convince the middle-classes and wealthier sections of society, who were isolated from the sights of destitution and squalor, was designed to build support for Roosevelt’s reform agenda and to undermine the Republican charges against him. It was also useful to remind these richer sections of American society that doing nothing to help millions of desperate and unemployed people was not in their own self-interest.

Photographically, this resulted in the establishment of the photographic section within the FSA during 1937 whose impact on documentary practice has been legendary. However, before the establishment of the FSA, Pare Lorentz (a film critic and minor movie maker prior to this point) in this highly charged atmosphere of social crisis became a leading advocate for New Deal policies. Best known for his two documentary films; The Plow That Broke the Plains (1936) and The River (1938) – both government funded movies that presented New Deal policies in a very positive fashion – Lorentz also produced this photo-book in 1934 which documented Roosevelt’s achievements during his first year in office. Originally designed to be a movie (the book does have a cinematic quality to it), The Roosevelt Year is a large photo-book that uses images from a wide range of photographers and picture libraries in an attempt to show that things were getting better under the new administration. Its main function is to produce a straightforward narrative of change and hope for the future. As such the book faces a classic political dilemma; the problem (unemployment, strikes, poverty etc.) has to be presented to an audience in a manner that neither diminishes its importance (if it’s not such a big deal then what’s all the fuss about?) nor exaggerates it into a massive crisis that appears completely out of control (if things have got that bad then there’s no point in wasting time and money trying to fix it).  Social problems need to be large enough to influence public opinion while small enough that a solution can appear possible.  The office of US president due to the limitations of the system within which it is placed, according to political theorists, is one in which mastery of the power of persuasion is the only way to prevent political gridlock.

The images themselves are an interesting mixture of news photographs taken from a wide range of sources (as well as at least one Lewis Hine image I recognise). Much of it is fairly unremarkable and is of a quality you’d expect from a newspaper documenting local events that have long since passed into obscurity. Some are presented as explicit successes of the administration – such as the repeal of prohibition, resolving the bank crisis and opening diplomatic relations with the Soviet Union – while others emphasise the lawlessness and violence that seems to have engulfed America (including a little remembered assassination attempt on Roosevelt.)   Now, placed within a broader political narrative of hope over adversity they become evidence of both the social ills that need to be overcome and accomplishments already achieved.  Images of work and industry also appear throughout, designed to show that the productive economy was on the move again. However, the two predominant picture types within the book are crowd-scenes and sober suited political figures. A clearly identified and calm looking political figure, be it Roosevelt or one of his appointees, is contrasted with the anonymity of the crowd who are presented as a ominous, malevolent force. The message is clear; the unruly mob needs to be taken in hand by the guiding hand of a compassionate politician who will steer the country out of this mess and to a brighter future. Only Roosevelt could do this, Lorentz hints, and the Republicans would only stir up social unrest even further.

Although the broad sweep of the Depression era in America is relatively well known, it is interesting to focus on a single year, which can be regarded as the pivot upon which attitudes changed. Certainly the sense of crisis embedded within the fabric of the book comes across even today. Violence, fear, the fracturing of society, extremism, financial collapse, greedy bankers fleecing everybody and mass unemployment; these are the underlying themes of the book. Lorentz’s narration, like a documentary film, comes through in the large sentence fragments that fill the top of the page, guiding the viewer how to read the photographs beneath. It also serves to soothe our anxiety when looking at images of lynchings and stike-breakers with machine guns; the narrator lets us know that Roosevelt has a plan and will put the country back on an even keel once more. The parallels with today are striking.